Terrifying problems need a fast response with the cleverest solutions. This is true whether it’s a global problem like defending Ukraine or a local one of a child or adult being bullied. 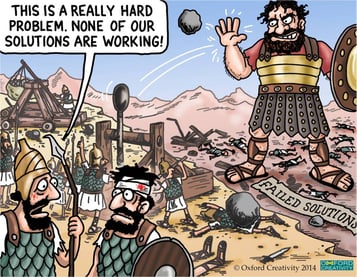 Successful resistance often involves bravery to respond instinctively with the right actions and tools which are only available if already mastered and prepared. (How I wish I had learned self-defence - and want to ensure this for my grandchildren). The oldest stories concern winning against the odds – and our cartoon version of David and Goliath gently suggests that Oxford TRIZ enables us to defeat even the biggest challenges.

Ukraine defending itself against Russia shows that courage, preparedness, motivation and fast response together with intelligent resource mobilisation produces astonishingly powerful results. The combination of the big elements like cyber intelligence and weapons supply from allies, together with the many smaller elements, like bottle collections to make Molotov cocktails, has prevented the huge Russian forces from achieving their aims.

This has changed our whole world and given us all hope that the bullies won’t always win. The belief that we (the little people and small organisations) can defend ourselves and win against great powers whether its nations or huge corporations is taking hold and building optimism rather than despair.

TRIZ sprang out of defiance of Stalin and began in a Siberian Gulag in the 1940’s when TRIZ founder Genrich Altshuller was sentenced to 25 years hard labour for protesting about Stalin’s Intellectual Property and Patents policies. After his arrest his widowed mother was murdered by Stalin’s secret police who claimed she fell from a high balcony of her flat while they were interviewing her (fake news is not new).

Yet despite all this, the charismatic and brilliant Altshuller did not despair in the appalling, freezing, starvation conditions of incarceration – but courageously used the resources there to develop TRIZ to help the world. Altshuller found his Gulag was full of intellectuals and people with many skills, and he demanded that they share their knowledge and experience. He said this was his ‘university of life’ and whether he learned about particle physics or Italian operas everyone he encountered helped him. 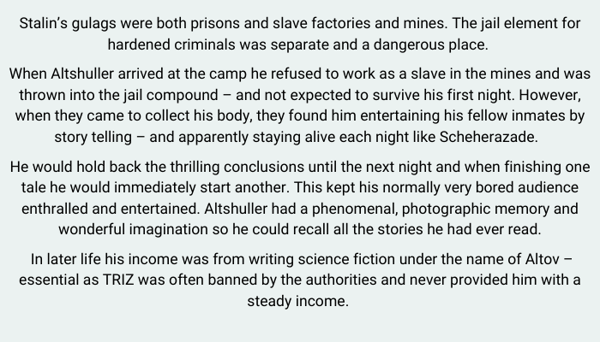 He endured for 7 years and after Stalin died in March 1953 he was released as were many others from their Siberian hellholes. Altshuller and his TRIZ community then dedicated their energy to developing a powerful capability to show us all how to mobilise resources to help the world, share what we know, and access and activate our inner genius.

The Oxford Creativity team have spent over 20 years making Altshuller’s work accessible to people and organisations all over the world. We have endeavoured to honour his memory and aims by ensuring that anyone can easily learn and apply TRIZ to enable a fast response to problems and locate and apply the best answers. TRIZ gives us power to do many things – dealing with life, management and technical problems but one very specialist part for patents is astonishingly simple ensures we can protect our own inventions and intellectual property territory. This enables us to stand up against the new global colonialisation of human knowledge in patents by the giant corporations. 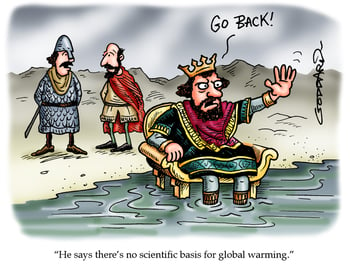 TRIZ helps us protect ourselves by giving us the tools to deal with anything harmful.  With good TRIZ habits we instinctively mobilise resources (including our own cleverness and knowledge) to help ourselves, and others round us find sustainable, good and clever ways of providing all our needs and helping the world.

It is perhaps the most innovative and sustainable toolkit in the world and has a great deal to offer those working in the Circular economy and fighting global warming. Out of a Siberian Gulag we have access to all the ways of sharing human knowledge to find some answers for the  worlds challenging problems.